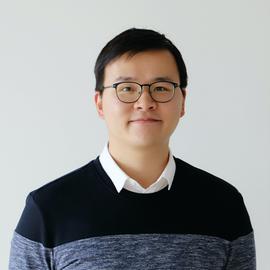 Abstract: More than 10 million adults suffer from vision impairment or blindness and this number is expected to rise as the population ages in many countries. It is estimated that 80% of vision loss is avoidable through early detection, prevention, and treatment strategies. Despite this, up to 50% of cases of major eye diseases, including diabetic retinopathy (DR) and glaucoma remain undiagnosed, primarily because many of these conditions are silent in their early stages. In this talk, I will conduct a case study on one of the world’s first CFDA & CE & TGA certified multi-label retinal disease diagnosis systems my team have developed together with the medical AI unicorn company Airdoc. Also, I will talk about how this system is being distributed, deployed and make the low-cost, high-quality healthcare service to millions of people.

He currently holds the position of Associate Professor at the Monash University Vice-Chancellor and Provost Office as well as Faculty of Engineering, Research Affiliate at the Australian Centre for Robotic Vision, NVIDIA AI Fellow, the Chief Scientist at Monash-Airdoc Research Centre and Chief Research Officer at Eyetelligence. He is the founding director of the Monash Medical AI group (https://www.monash.edu/mmai-group) with over fully-funded 20+ PhD students (internal + external), 6 Research Fellows, and 10+ Research Master/FYP students.

He has led and contributed to several international research projects in the areas of dermatology, ophthalmology, radiology and neurology with major industry companies like IBM Watson Health, medical technology unicorn company Airdoc/Eyetelligence and medical/healthcare services providers such as Molemap Clinic, The Alfred Health, Royal Melbourne Hospital, and Princess Alexandra Hospital. His work has been recognised by many international and national awards, including the 200 Most Qualified Young Researchers in Computer and Mathematics by the Scientific Committee of the Heidelberg Laureate Foundation, IBM Scientific Research Accomplishment Award, IBM Manager Choice Award and Monash Exceptional Achievement Award.

As a lifelong medical technology entrepreneur, Zongyuan has co-founded and launched the company Eyeyelligence, which targets the massive global optometry and optical dispensing market. Eyetelligence has received funding of over 10 million dollars from various venture capital, family foundation and the Morrison Government. His company has developed the Eyeteligence workstation, which can screen for the four leading causes of blindness in adults: DR, Cataracts, AMD, and Glaucoma and sold to all 48 Australian BUPA Optical stores and all Specsavers 400 Australia and NZ stores. A/Prof is also the Chief Scientist for the Monash-Airdoc Research Centre (https://www.airdoc.com/) to lead the AI technology and product development team. In 2019, he helped build the Monash-Airdoc joint research centre under Monash eResearch centre to develop CFDA CLASS III approved healthcare monitoring products. The products developed by Airdoc and my team have also won honours such as “the highest award of artificial intelligence in China–Wu Wenjun Award for artificial intelligence science and technology” and “the case of Microsoft global AI cooperation in 2018 World Artificial Intelligence Conference”.